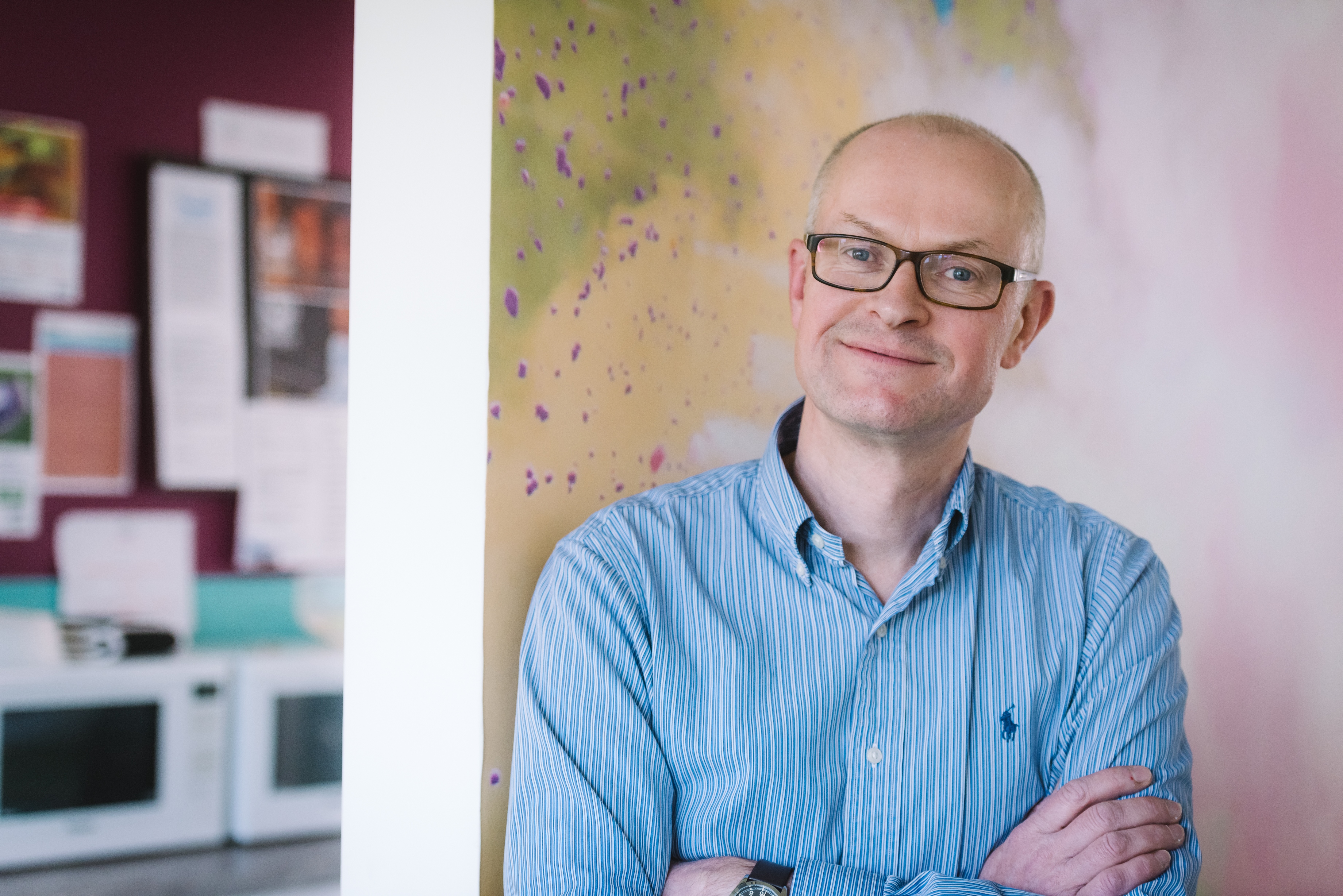 "Our purpose as a team is to really enable people to do their jobs in the best possible way that they can, which ultimately means doing the best they can to support the patients that they care for."

This is Matthew Riley, our Chief Information Officer at Here. Matthew is also head of our CSI team (Connecting Systems Intelligence). In this video, he talks about the value the CSI has brought to healthcare and what’s in store for the future.

What’s the purpose of the CSI team?

Our purpose as a team is to really enable people to do their jobs in the best possible way that they can, which ultimately means doing the best they can to support the patients that they care for. It really brings together a number of different elements in the organization around the use of data. 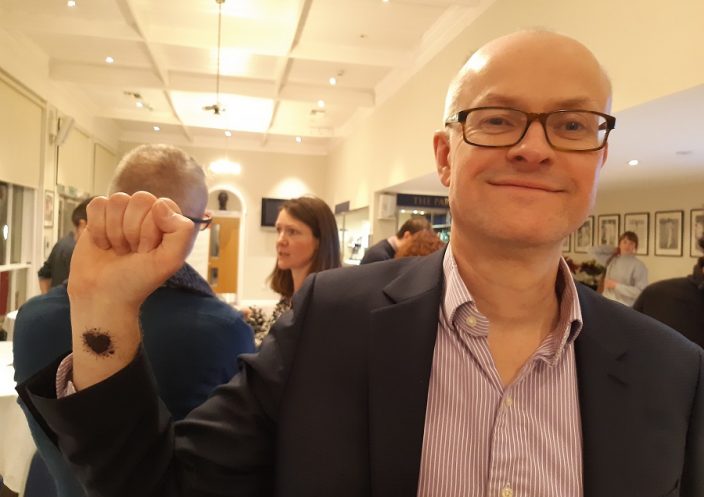 So we all hope or hold assumptions around trying to fix a problem. We’re all very good at fixing somebody else’s problem without really understanding, and we see this in life generally.

And I think health care and the NHS tends to work on that basis of trying to fix somebody else’s problem. Really, the way I tend to approach things is it’s really important to study and understand what’s going on and then do the planning. So that that’s really a way that we try to work, I think as an organization, but particularly within our team, is to really get under the skin of what the problem is that you’re trying to to solve.

Fix one problem really well, rather than trying to fix multiple problems at the same time and then not fixing any of them. So get your focus on one thing that really matters rather than all this other noise in the system, because it’s just too hard to try and fix multiple problems at the same time. So let’s fix one really well. This happens a lot within information and data and I.T. systems that we try and fix the wrong thing. And we by doing that, we we end up creating more of a more of a problem than we originally were trying to fix in the first place. We see that within our own services how we introduce new systems and then we don’t really understand the impact that we were going to have on the existing system. So we’re always trying to make sure that we’re not taking a step backwards every time we make a step forwards.

Do what you can with what you have, where you are

That really resonates with me and it resonates with who we are as an organization and our approach to how we manage our services and how we run projects, how we make changes as well. So it’s very easy to sometimes try and stick too much to the big picture, the big strategy type things and not get into the small things that we can do. So what are the things that we can do quite quickly and do straightaway?

We’ve done things like interoperability – being able to share information from our services across the health system where we’ve done that. So we haven’t come up with a huge strategy – we simply got on with it when we tried some things out and we switched things on – and then its worked. We’ve done that slowly and steadily over time. It’s always been ‘let’s just get on and do what we can now with what’s available to us’.

The RNLI, the lifeboat service, are quoted as being the world’s biggest anarchist organization because they didn’t just sit around waiting for the government to sets up a lifeboat service. They just got on and did it and it’s now one of the most recognized institutions in the country and has a worldwide reputation. And that came about because people just got on with things and they just decided they were going to do this thing. So why don’t we do more of that? So if you want to fix something, go ahead and fix it. Don’t wait around for somebody else to fix it for you. So that’s my interpretation of good anarchy.

What it looks like is people having ideas and having initiatives and things that they want to try out. And we run an advice process within the organization that’s been in place for a while, which I think is is a brilliant thing. It’s okay to have ideas and it’s okay to take initiative and it’s okay to do things. You need to get advice though. And that’s really our control mechanism, is have you sought the right advice from the right people? You know, sometimes those things work, sometimes they don’t. But it’s the concept that ‘let’s get on and try something and make that change rather than waiting around for somebody else to do it with you’.

So I think at least half our team have an operational background within another aspect of the of Here’s operational and clinical services. They haven’t necessarily got an I.T. background, but they understand our business really well and they understand how our services work. So I started off as the operations manager here. And in fact, my my background going way back was around transport and logistics before I moved into doing information systems type things. So I see a huge crossover between those. With logistics it’s about understanding a process really well and trying to make it work as efficiently as as we possibly can. And that’s exactly the way that we tend to approach our services here. How do we study them and do the things that make them work as effectively as possible?

A good example of this is the way that we work with clinicians to develop reports. The traditional way of doing these things is that we’d write a very detailed specification. We tend not to do that. We tend to work with clinicians and we will understand what matters to them and what information and what data really helps them to do their jobs. Not not the things that they’re told matters, but the things that really matter to them.

And we will develop reports with them. Some people call it rapid prototyping techniques, so we’ll try and build things quite quickly, sitting alongside a clinician. And then if we get it wrong, it doesn’t matter because we’ve learned just by trying that out we’ve actually learned. And then we’ll try another version and we’ll keep going and going until we’ve got what they need.

Get behind your people

We have a really, really excellent group of people, and I love the cohesion with the team and the way that they work with each other. So this is going on around me. It’s not me in the middle of that. It’s what I hear going on and the ideas bubbling up. There’s also a great deal of humor that goes with that as well. And people supporting each other. So I really want to see more of that. And I want to see people growing and moving into new roles and learning new things.

Generally, what happens is people learn themselves so they have an interest in a certain area. And then we try and get behind people and we try and coach and we run advice processes. So more often than not, when somebody wants to go and explore a certain area, it tends to be from their own interest. And then we support it rather than just directing the matter.

One of the exciting things about working here, and that’s perhaps the thing that’s kept me here over this period, is that we do change. I don’t feel like I’ve had the same job for the last however many years. We have the huge benefit of being small. Se are a very small organization in a very small fish and a very huge pond. However, the flip side of that is that we can make decisions and we can get on with things very quickly and we can find the things that we are interested in. So I think it’s a huge advantage for us. We will have a purpose in the future. We have to find what our purpose is because it will keep changing and what we offer to the wider world will change on the people here will change.