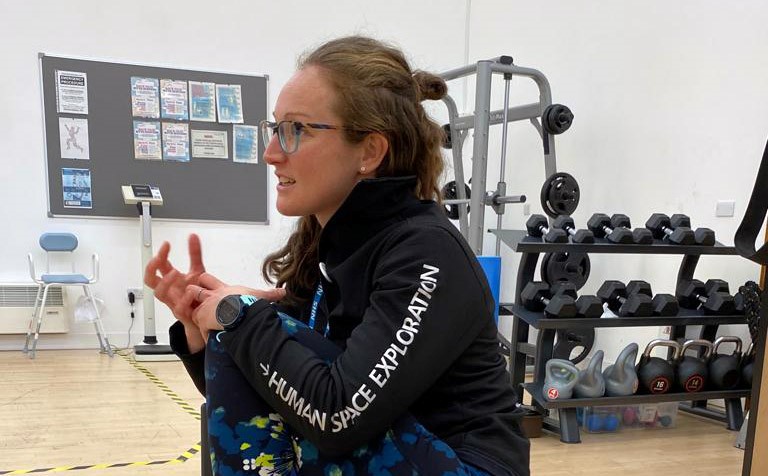 So I’ve just been to space! I spent ten days in Bordeaux doing some space research with a team from the UK Space Agency and St Mary’s University on something called HiFi M, which is High Intensity Frequency in Microgravity. We are trying to see how can we help to maintain bone density and muscle mass using a less cumbersome and more user friendly machine compared to what is currently being used on the International Space Station. 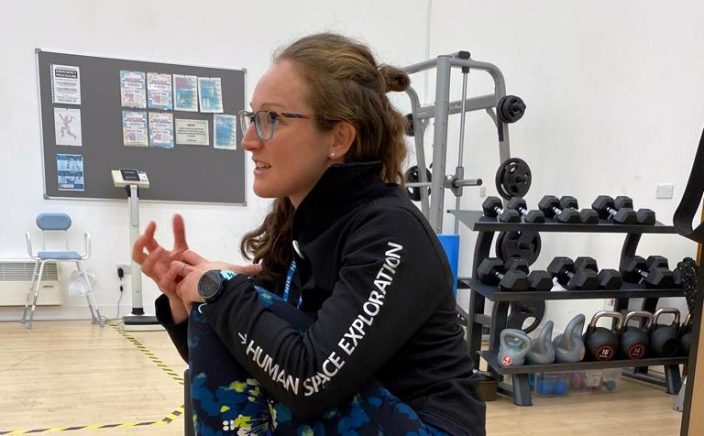 I always wanting to be an astronaut. Six year old Becky would sit at school wanting to be Neil Armstrong. I grew up thinking that it could never happen. I wasn’t American and NASA was kind of the only way in, and I was female when all the astronauts at that time were male. I managed to get involved with this work because I’m doing a master’s in Strength and Conditioning at St Mary’s University, and through networking with the right people. For the first time ever saying yes to doing something went in my favour and I didn’t get told off for it!

An out of this world team

As cliche as it sounds, it was completely out of this world. The ability to be in microgravity and to just float and the curvature of the Earth was insane, the most surreal experience. It was so peaceful. From start to finish everyone worked as a team. It didn’t matter which background you came from. I initially turned up feeling really thick! Everybody had PhDs and I was sat there like, ‘I don’t really know why I’m here. I’m just a triathlete and physio, what’s going on?’ But everyone’s ideas were listened to.

The experience of space, something that I can’t think of anything better than, has really grounded me. It has given me more perspective and patience when helping patients. I really appreciate the fact that I say yes to a lot of things and I appreciate the opportunities I’ve been given. It opened my eyes to so many more opportunities.

We might be going and doing some more research next year, so I might have another chance of going out to Bordeaux and a bit more space. Until then, I will be progressing the rehab role, trying to create more opportunities for other people and focusing on my triathlons. I’ve been selected for team GB at the European Championships for Standard Triathlon!

Thinking now of six year old Becky I would tell her: nobody can stop you from talking, nobody can stop you from having your own dreams and nobody can stop those dreams from becoming reality. Just because someone tells you it’s uncool to want to be an astronaut, or whatever it is you want to do, that is just their perception and their issue, it’s not yours.
If you’ve got a dream and think it might be out of your reach, it’s not. There are different ways of getting there, and sometimes you might have to do it in a different way. But go for it.