Alison Melling, a Specialist Nurse for the Sussex Partnership Foundation Trust, is a core member of the Memory Assessment Service delivered by Here in partnership with Age UK and the Alzheimer’s Society. She describes some of the implications there have been in changing the way memory care is delivered, as well as the positive impacts it is starting to have on the people we care for.

As a Specialist Nurse in the Memory Assessment Service (MAS), I carry out initial assessments for people experiencing memory problems. My role involves understanding the history of their memory problems, doing some cognitive tests, referring for scans if needed and then bringing all that information to the wider team to look at and start to discuss with the person we are helping. This involves discussing any possible diagnosis (if appropriate) and the next steps to support that person.

MAS is a relatively new service – meaning that the size of our team is currently small, with just three part-time nurses. The Sussex Partnership Foundation Trust (SPFT) works closely with Here to provide continuing and increased support for patients, along with third sector organisations the Carers Centre and the Alzheimer’s society. Sometimes we help people regardless of whether they have a diagnosis or not and the SPFT can support those in crisis. I would describe MAS as an accessible service and I think that being able to see a clinician in a GP practice rather than having to go to a mental health clinic helps to remove the stigma that might, unfortunately, affect some people.

Until three years ago, we were a big community mental health team with all the services under one ‘umbrella’. Now, it is a very different set-up and we are still in the crossover period. Naturally there are sometimes still issues, like when it comes to deciding which is the best team to support someone’s needs – as people can be under the care of the Sussex Partnership and MAS at the same time. So, having shared skills means it’s important to know when it’s time to take the lead.

Since the change, it’s clearer to patients who the MAS team are and what we do. That has definite benefits for people using the service. We’re very clear with patients along their journey as to who’s the best person to contact about specific matters, whereas I think in a wider team it could be less clear at times. I believe we provide a quality service. People are given lots of time to go through an assessment – they often set their own pace. It feels like a more streamlined approached. People are kept involved and informed at every point of their journey. Most people’s journeys may be similar to others’ but I think we deliver a very personal service. We get a lot of positive feedback from people, including carers and relatives. They speak positively about their experience of those in the service who’ve helped them. For example, we’ve had letters and emails thanking us for putting people at their ease. Some have been concerned about having an assessment and frightened about the outcome. Many have reported that the process was easier to go through than imagined, as we have been sensitive to their problems and concerns.

I’ve also been fortunate enough to be involved in the MAS Action Group, where we’ve been looking at how we can improve the way we work. That’s been a really positive experience for me because historically I’ve been used to changes being made without my input. Having the support of colleagues at the end of the phone has helped us work well as a smaller team, and being the size that we are means we’re able to make the changes that fit with us far more easily. It was quite strange to me at first – and a few times I’ve said “are we allowed to do that?” but I’ve enjoyed being able to be a part of how we shape the service.

I think that the more partnership working there is the less communication issues should arise. The finer details will be addressed, because open and honest communication will allow us to learn from things. For example – if things don’t go to plan it’s not about pointing fingers of blame, it’s about what learning can be taken from that – how could we improve things in the future? I feel very much part of the Here family, that’s kind of natural really…

Nobody wants to find out they’ve got dementia – who would? Having a dedicated team helps the journey people go on be the least anxiety-provoking as possible, getting people the information that they need and supporting people along that journey.

Innovating mental health and wellbeing services across Brighton and Hove 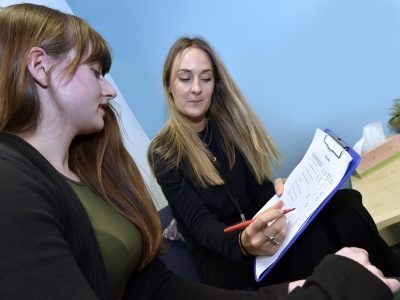 Innovating mental health and wellbeing services across Brighton and Hove

An award winning November for Here 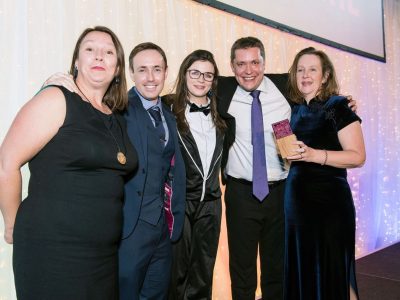 An award winning November for Here

Improving quality of life for people with memory problems 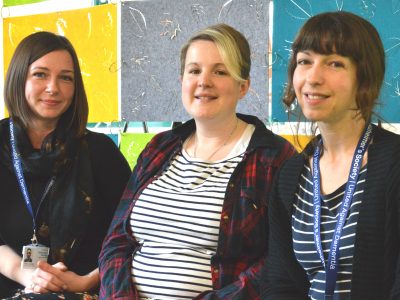 Improving quality of life for people with memory problems